Available only on Pro/Enterprise plan!

Playback Reports (also known as “Proof-of-Play”) provide complete records of all playback that has actually happened in your Players. Combined with Media Tags and Player Tags, it allows you to create complex aggregate reports.

Raw Playback Reports are made available as downloadable CSV files that can be produced Daily, Weekly, or Monthly.

You can find the Playback Reports in the Account settings (click on the top right of your screen). If you are on the “Pro” or “Enterprise” plans, you can enable Playback Reports by just toggling the ON/OFF button and then choosing how often you want the CSV files to be exported. 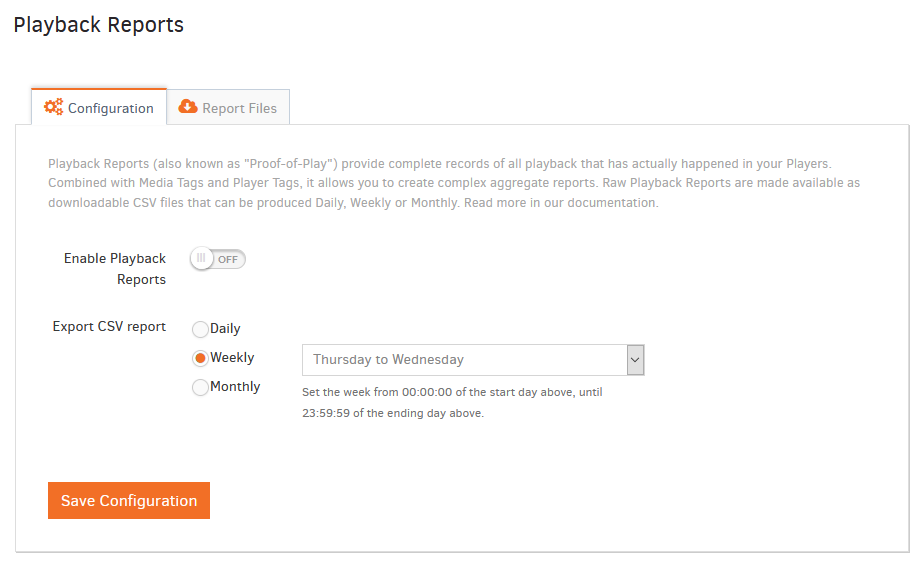 How to start generating the Playback Reports on your players

After configuring your Playback Reports, there is another tab called ” Report Files “. In this tab, you can see all the available CSV files generated in your account. You can download them locally to your PC if you want by clicking the ” Download ” button.

Also, you can filter the CSV files by setting the time and date of your choice in the filter fields.

Currently, original Playback Reports are deleted from our database (we store data for up to 3 months) but generated CSV files are not deleted. In the future, this might change. In all cases, we will retain all data and CSV files for up to 3 months. Make sure you download the generated reports if you want to keep them for future reference.

Below, we have attached a CSV file example from the above generated Playback Report.

In this example, we have added a playlist with 16 Media items in our test monitor named “Monitor 1”.
The red line indicates the playback loop (The playlist started again from the beginning).

In which time zone the playback reports are being generated?

Playback reports are being generated in ETC/UTC timezone.

Reported Date: The time & date the player reported the playback to our system

Monitor ID: The ID of the Monitor

Monitor UUID: The UUID of the Monitor

Monitor Name: The name of the Monitor

Monitor Tags: The tags assigned to the Monitor

Media ID: The ID of the Media

Media Name: The Name of the Media

Playback Date: The time & date the media was played by the Player

Media Duration: The duration of the media (Measured in milliseconds)

Media Tags: The tag assigned to the Media

If your Yodeck platform’s language is different from English, make sure the program you will use to open the CSV file supports UTF-8 Unicode characters. 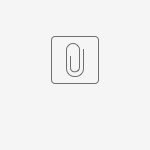 How are Playback Reports being calculated?

For the following Media types:

Playback records are generated as follows:

For the following Media types:

Playback records are generated as follows:

This website uses cookies
We use cookies to personalise content and ads, to provide social media features and to analyse our traffic. We also share information about your use of our site with our social media, advertising and analytics partners who may combine it with other information that you’ve provided to them or that they’ve collected from your use of their services. Read more