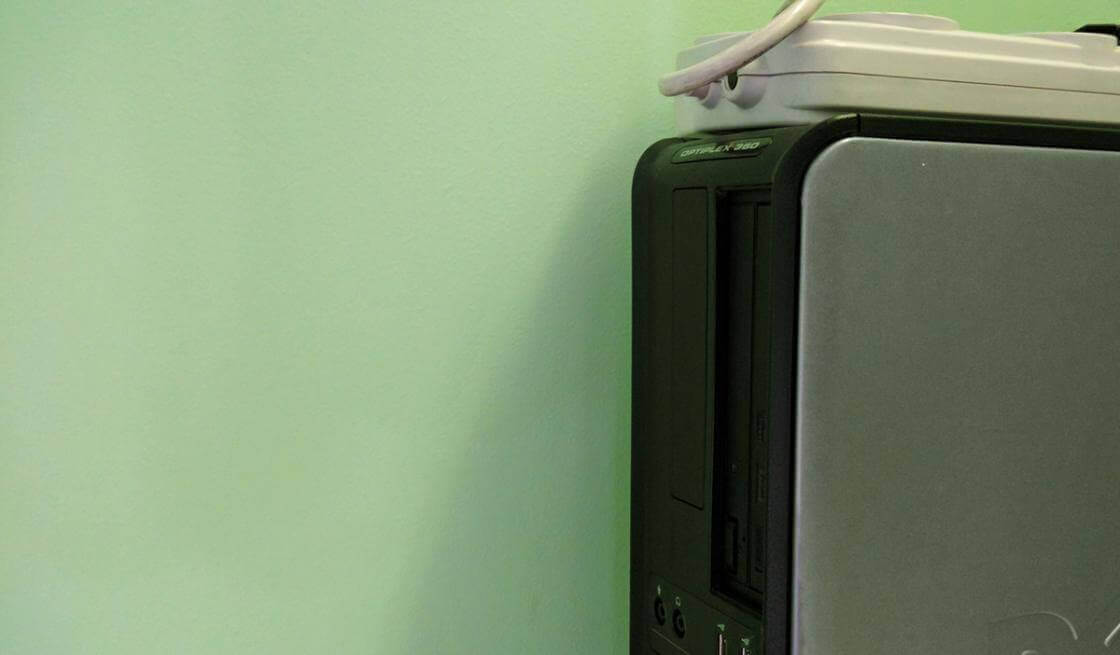 Since the mid 90’s, PCs where the go-to (the only) hardware platform for Digital Signage software. But that’s all in the past. And we should leave it there.

Back in the early days of Digital Signage, everyone had 2 options: really expensive custom hardware, or PCs. That was it. There was nothing else. And guess what everyone used.
A PC is flexible enough to be used anywhere, so a great deal of vendors started building solutions for digital signage on PCs, running Windows. Yeah, Windows. That was the No.1 operating system back then, so don’t blame them. 20 years later, some still use PCs and Windows to deploy Digital Signage networks. PCs are now much cheaper and are readily available. Makes sense, right?
Wrong.

Modern Digital Signage platforms go beyond the traditional PC architecture. Now, we have Single Board Computers (SBCs), TV Boxes, Android tablets, and a bunch of platforms. It should be clear why one should not need a PC as a Digital Signage player.
In Yodeck, we use the Raspberry Pi platform, a versatile SBC with a huge global community. We have supported PC-based installations until January 2017, but then we decided to drop PC support. Why?

Let’s find out why Raspberry Pi is actually better for almost all cases of Digital Signage (DS) projects.

Of course, there are more exotic features in Raspberry Pi, most of which can be used in specific projects, really making a difference.

The Future of DS, as we see it

At Yodeck, we only consider PC-based deployments for custom projects that have very specific requirements. During the last 2 years that Yodeck has been live, it has been evident that nobody was actually using PCs as playback hardware. And since we include a Raspberry Pi Player for free, for all screens in our Annual Plan, there was no point in continuing to support PCs.

The future of Digital Signage belongs to new platforms. The PC-era is over. Digital Signage software that still focuses on PCs will either have to evolve or slowly die. SBCs, SoC and Android will prevail.