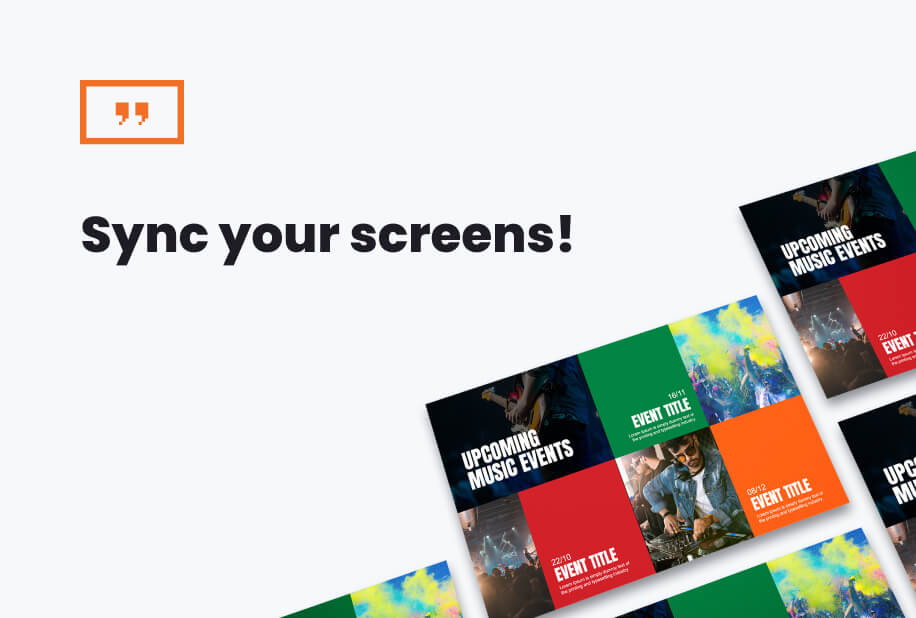 Want your screens to be totally synchronized and really wow your viewers? Check out our new Player Syncing feature, that coordinates playback between adjacent screens and within screen layouts!

Player Syncing gives your screens that extra something special!

Synchronize playback on your digital signage screens with our new Player Syncing feature! Truly impress visitors, shoppers and employees by synchronizing Players connected to a multitude of screens that are located side-by-side. Also, you can synchronize regions, such as Playlists that don’t include videos, within the same screen layout, so they change in sync.

How do you activate it? Just use the toggle button in the Playlist feature. Quick and easy!