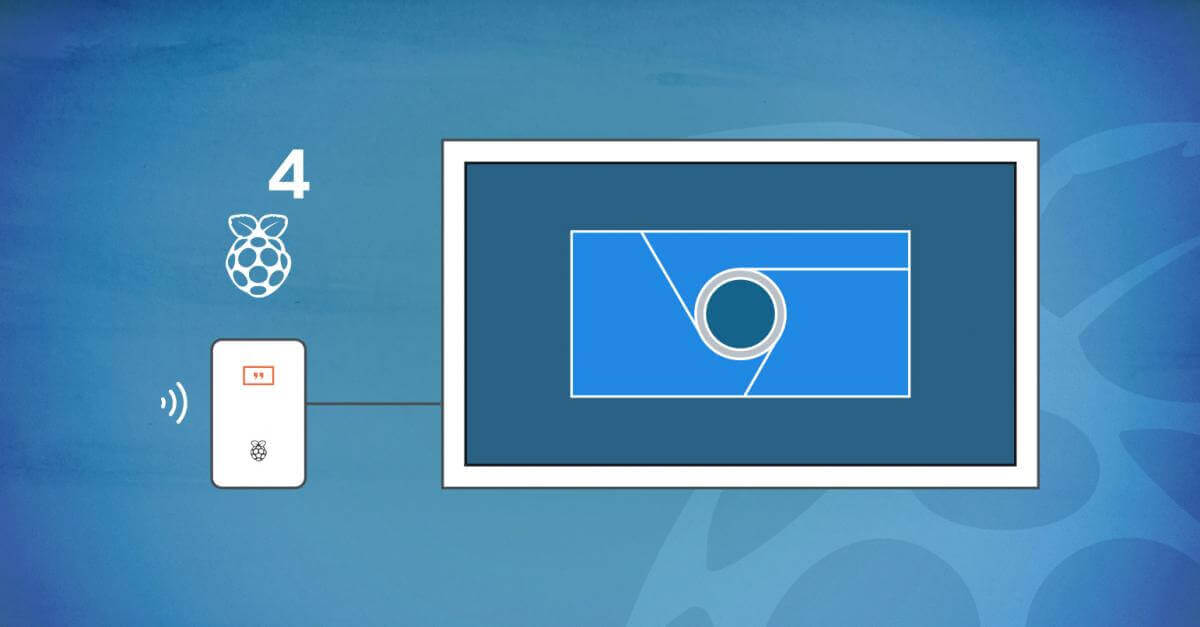 The Raspberry Pi 4 is a game changer. Up until the previous generation, there were doubts. No more. The brand new Raspberry Pi 4 just came in with a “bang” in the digital signage world.

Before the Raspberry Pi 4, a lot of people did not see this innovative hardware platform as the little, but almighty, computer we saw back in 2014. They only considered it a DIY toy or an educational tool for schools. But the Raspberry Pi is so much more than that. And the Raspberry Pi 4 proves it, changing forever the way that we do Digital Signage.

Most screens out there are 1080p. Same for the video content. And that is just fine. But 4K resolution is slowly catching up. Display vendors will be completely switching to 4K panels within the next few years. Market research shows that consumer 4K adoption is increasing, and that will drive 4K digital signage adoption significantly by 2022.

The new Raspberry Pi 4 provides full 4K support. So, you get 4 times the detail and clarity compared to 1080p. 4K video has to be encoded using H.265, which is supported by the Raspberry Pi 4 hardware video decoder without any extra licensing. Video decoding supports High Profile, up to 60FPS, so video is smooth and playback is flawless.

Although it is not what you would call blazingly-fast, still the Raspberry Pi 4 has a decent 4 core CPU clocked at 1.5GHz. It renders web pages with lots of animations in an acceptable rate. But still, it is not the part where the Raspberry Pi 4 shines. But do you really care? Video playback is exceptional. You can do advanced graphics with OpenGL ES 3.0 support. So, the CPU poses a limit only for heavily animated web content. But this is not so frequent and is only a small fragment of deployments out there.

If you think about it, more memory was a no-brainer. With the Raspberry Pi 4’s high-end option of 4GB of LPDDR4 RAM, you can display more content simultaneously on screen. Faster loading makes performance acceptable. Even in cases where you need to show a lot of content at the same time, or when you need to keep it in memory, and show it later on.

What about the price?

The Raspberry Pi 4 comes in 3 flavors based on the total RAM on the board: 1GB ($35), 2GB ($45) and 4GB ($55). You need to add about $30 for the accessories you need (enclosure, SD card, USB-C power supply, HDMI cable), but still, at a total of $85 for the top-notch model, it is a bargain. We are talking about a market-proven hardware platform, with more than 13 million units sold worldwide, and with a product life-cycle of 7+ years. There are no clones. And it is available everywhere, literally all over the globe. What more can you ask for?

NEC is an industry behemoth. And they’ve made Raspberry Pi a key part of their product strategy. In fact, NEC took full advantage of the Raspberry Pi Foundation’s Compute Module 3 by integrating it in their displays and taking it a step further. NEC created their own version that’s customized as a 16 GB edition of the Raspberry Pi Compute Module. The NEC CM3. Why? Because their customized Raspberry Pi makes it possible for NEC to offer their customers huge advantages. And they’re advantages clients need, including memory-hungry apps and media that run smoothly and large-display installation flexibility.

This kind of trust in the Raspberry Pi from an industry pioneer is enough to silence the naysayers and impassion the tech visionaries. NEC’s own press release stresses how “the board is no longer just a basic computer for coding but a reliable intelligent device with unlimited possibilities”. Which is why NEC partnered with Yodeck to fully unleash the possibilities the NEC CM3 provides digital signage.

The Raspberry Pi 4 was unexpected. We are planning to take advantage of it to the fullest extent possible and provide the best possible experience to our users. But let’s get to the point.

Demand will be very high, so supply is short. As soon as supply is smooth, we will start shipping out Raspberry Pi 4 units for all new orders. We estimate this happening towards mid-August. Hopefully, Raspberry Pi 4 pricing will allow us to keep sending the 1GB version for free with all annual subscriptions. We will also provide an option for getting a 4GB upgrade, if needed.

We were already working towards 4K support, so we already support 4K video encoding and have added 4K as a supported resolution for creating layouts. Full support on our backend systems will be available by July 5th. Unfortunately, the Raspberry Pi 4 has a different way for decoding H.265 video (needed for 4K), so it might take a few weeks to get the Raspberry Pi 4 to playback 4K versions of the videos you upload. Still, it is something we will definitely support ASAP.

With the option of using 2GB and 4GB versions of Raspberry Pi 4, it now makes sense to provide the highly requested feature of keeping web pages open in memory. What does that mean? Well, if you go now and create a Playlist, add a few Web Pages to it, and have it play back on a Yodeck Player, each Web Page will reload each time it needs to display. This can cause serious trouble with some cloud services, since they see a high number of requests (even logins) from your Internet connection and they might deny service to protect their infrastructure.

To deal with this, we will provide a new option when editing a Playlist that will keep all Web Pages of that Playlist opened in memory, so they do not get reloaded. Needless to say that you will need the 2GB or 4GB version of RPi4 to make sure this can happen and does not crash your Player.

Dual Screens on a Yodeck Player

This is quite tricky, since OS support for dual monitors isn’t solid yet. We are planning to provide a simple option to clone output to both HDMI outputs, or only use one of the two. We need to conduct more tests to see how exactly we will support two screens at the same time, but it is something we are very interested in supporting and offering our users.

The Raspberry Pi just got the upgrade it needed. The Raspberry Pi 4 is a very versatile unit, with more capacity and 4K support. And let’s not forget the GPIO, embedded Ethernet and WiFi and HDMI-CEC adapter. It is an exceptional choice for any kind of Digital Signage project. At Yodeck, we will gradually add support for all new features provided by the Raspberry Pi 4, and continue to build an affordable, still powerful, Cloud Digital Signage solution using our beloved Pi as a strong foundation.