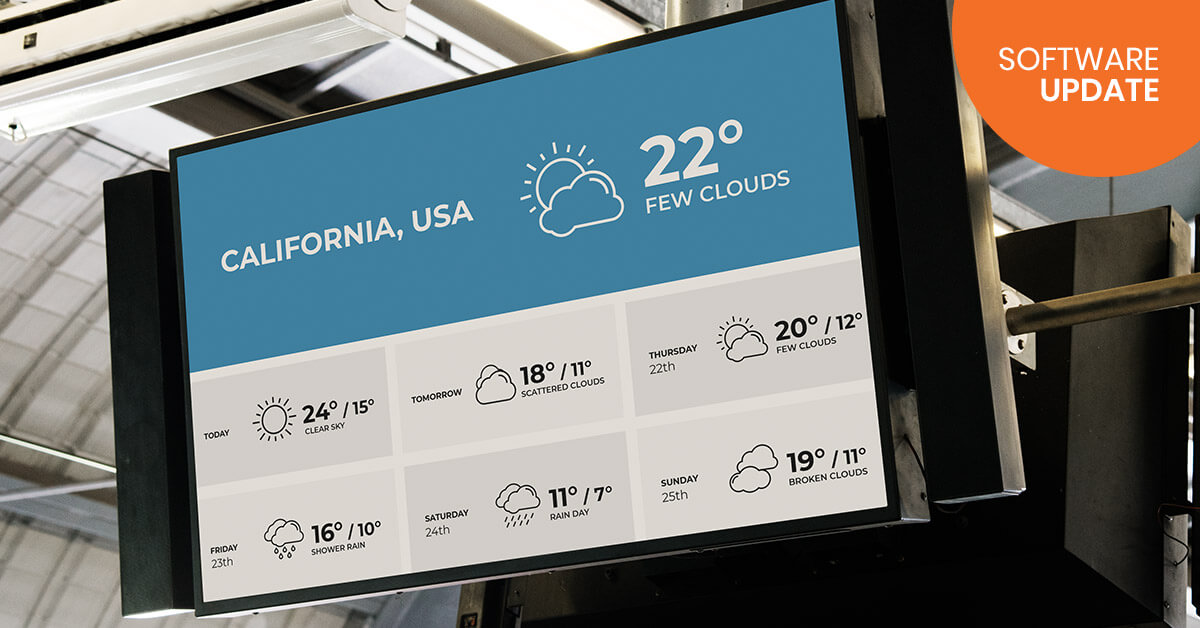 Yodeckers, it’s time to get excited because one of your all-time favorite widgets just got a major overhaul! Your beloved Weather Widget now looks sleek and professional. Perfect for taking your content to a whole new level. Plus, we have big plans in store for the Layout Editor.

You wanted it, we delivered. We completely redesigned the weather widget, spiffed it up, and gave it all the functionality you need to create engaging, useful content for your digital signage screens. What’s even better is how you just have to click on the interactive map to select the location you want the weather forecast for. No more nonsense with copying location numbers from other sites!

Since you’re all loving our new Layout Editor, we thought we’d really amp it up with lots of new functionalities. Firstly, with this update, you’ll find a handy new Undo/Redo option. So you can correct in seconds any editing errors you make. And it works for up to 30 changes, so go forth and edit fearlessly!

But we’ve got more big plans for Yodeck’s Layout Editor. Soon you will be able to easily add styled texts and shapes right inside the editor; and edit the properties of Widgets without popups. We’ll also make editing possible in fullscreen, and much more.