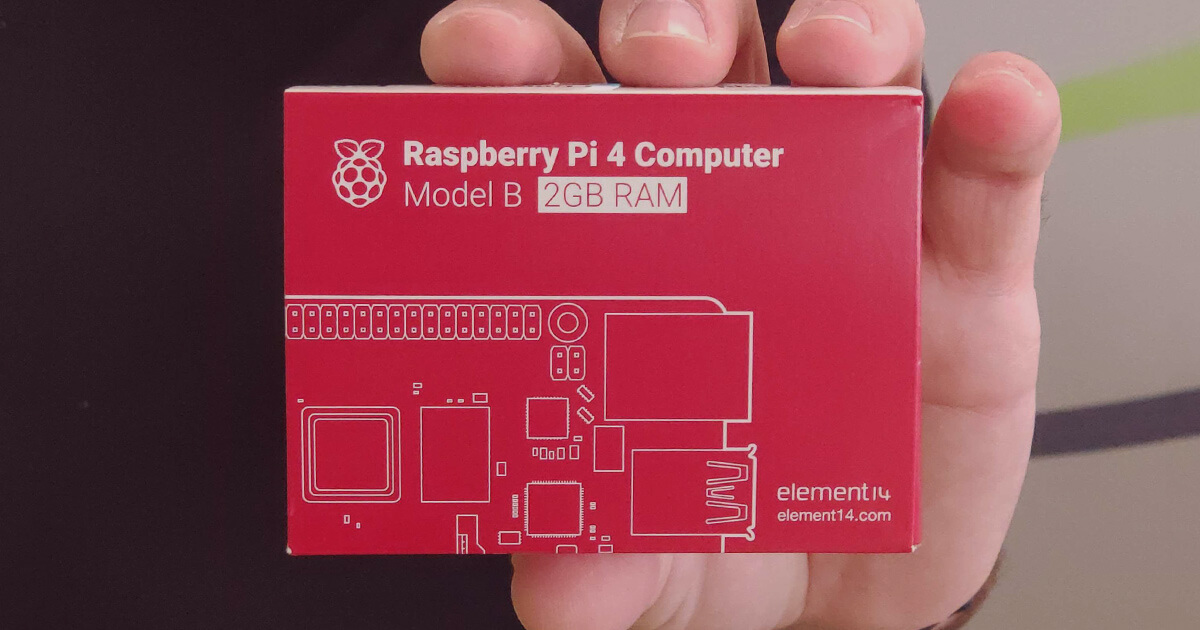 Surprise! The new Raspberry Pi 4 is here! More powerful than ever, and with a few tweaks that nobody expected. Read on for the most detailed Raspberry Pi 4 review ever!

Wait, is this real?

Well, yes! Last February, Raspberry Pi founder Eben Upton said to Tom’s Hardware that the Raspberry Pi 4 was not due until 2020. They probably just wanted to make a huge surprise out of this one. But are there any surprises? Oh my, yes there are.

But do not be alarmed. The only thing that won’t be a surprise is the price. The base version of the Raspberry Pi 4 is still priced at $35! “Base price?” you say. Read on!

We will be updating this post throughout the next days, so make sure you come back for all the new stuff.

Make sure you read on for all the juicy details!

What’s new about the Raspberry Pi 4

Wow. We didn’t see that coming. The Raspberry Pi 4 has support (at least, the hardware does) for driving two screens at the same time through HDMI. These can be used either in a mirror configuration, or in an extended desktop type of screen setup. We did manage to get the extended desktop working using a 4K and a 1080p screen. That said, to configure the resolution, a new tool was introduced called “Screen Configuration” (found under “Preferences”), which uses the XRANDR API.

The downside? The two display ports are actually micro-HDMI, which means that you need a micro-HDMI-to-HDMI adapter or cable. Given that the 2 ports are really close together and there isn’t much room, you can’t use two adapters for dual screen setups and you should instead go for cables.

That was the most expected feature of all, at least for us here at Yodeck. All other SBCs on the market boast full 4K support, so we kinda expected that. The Raspberry Pi 4 can decode up to 4K video at 60FPS, encoded in H.265. Unfortunately, H.264 decoding is only supported for up to 1080p at 60FPS. There is a chance that it can decode two 1080p60 H.264 streams at the same time, but we have not tested it yet. Both codecs are supported out of the box, so no extra licenses are required.

However, omxplayer will only play h264 video, while HEVC (H265) is accessed through a different API than OpenMax IL (namely FFmpeg), which will require modifications on many tools dealing with video on the Pi. The VC1 and MPEG-2 codecs that used to require a license in the previous Pi, are gone altogether. Of course, to see those extra pixels, you need a 4K screen. The Raspberry Pi 4 supports 4K resolutions (3840×2160) at several refresh rates, up to 60Hz.

How about combinations of these on the two screens? Here is what the current status is:

We heard unconfirmed rumors that, in the future, there is a remote chance that 3 concurrent digital video outputs might be supported. So, you would be able to use both HDMI ports along with DSI, for a 3-screen configuration.

One of the biggest restrictions on the previous version was the amount of memory. The people at the Raspberry Pi Foundation heard user feedback and now provide 3 options for the total amount of memory soldered on the board, and they priced accordingly.

The memory split that used to be the basic resource configuration for the GPU is not (almost) gone. Previously, a portion of the RAM was statically allocated to the GPU on boot and was not usable by the CPU. Now, the static split should be kept at the default configuration since the memory resources required by the GPU are allocated dynamically. Also, memory is now LPDDR4 and has triple the bandwidth to the CPU compared to Raspberry Pi 3B+ which will make things even faster.

The new SoC is also from Broadcom, code-named BCM2711. It includes 4 Cortex-A72 cores clocked at 1.5GHz, which should provide a big speed bump from the previous Raspberry Pi. The BCM2837, which is the SoC used in the Raspberry Pi 3 B+, had 4 Cortex-A53 cores clocked at 1.4GHz. Based on ARM core comparison information[1] using the Dhrystone benchmark, there should be a theoretical performance gain of about 2.25x. However, given that the instruction set used on the latest Raspbian image is still ARMv7 and 32-bit, the performance difference might be less. The RPi4 announcement from the Raspberry Pi Foundation mentions a 2x to 4x speed bump depending on the benchmark, which sounds cool.

​​The BCM2711 is based on 28nm silicon instead of 40nm for the BCM2837. This manages power and heat produced by the chip. The Raspberry Pi 4 is still passively cooled and without a heat sink required, although most will use one for high-load applications.

File-servers rejoice! The new board has two USB 3.0 ports along with two USB 2.0 ports. You can distinguish the USB 3.0 ports by the blue plastic used in the port. Gigabit Ethernet (1000Mbps) is also supported and, this time, it does deliver true Gigabit performance. The Gigabit Ethernet port available on the previous Raspberry Pi was connected via the USB 2.0 port of the SoC, and thus was limited to about 300Mbps, while now it is directly connected to the new SoC. Along with the faster CPU, this means that the Raspberry Pi 4 can be used as a full-fledged file server, a pretty common usage out there, and without any significant limitations.

The wireless chip used provides the same connectivity when it comes to WiFi, but supports the new Bluetooth 5.0. Longer range and less power used.

First, it supports OpenGL ES 3.0, plus some features of OpenGL ES 3.2. This is great news for the gaming console emulation guys, since OpenGL ES 3 will allow or significantly improve emulation for specific consoles, like Saturn and N64. Some support for Vulkan is also provided, but we have limited information on that and we will update the post as soon as we get more information.

The Raspberry Pi 4 dumped the all time classic micro-USB power connector in favor of the future-proof USB-C standard. It remains to be seen if the USB-C connector is sturdy enough for abuse. Remember, the new Raspberry Pi 4, just like its predecessors, does not have a power switch. This means that lots of people will be plugging the USB-C connector in and out of their Raspberry Pi 4 in order to boot it. Hopefully, the connector will perform better than the good ol’ micro-USB. The 2nd drawback is that you now need a different supply for the RPi4. And given its new increased power rating of 3A max compared to 2.5A of the Raspberry Pi 3, the power supply will not come cheap.

However, the increased power is mainly for providing more power to USB-connected peripherals. If your setup is not too heavy on that, 2.5A will work just fine too. On the good side, the USB-C connector is connected to a USB2 controller, so it should be possible to use it in device mode, but we have not managed to test this yet.

Although the size has not changed much, the new ports (namely, the two micro-HDMI and the USB-C power) makes the vast majority of Raspberry Pi 3 cases incompatible. The Raspberry Pi Foundation has released a new Raspberry Pi 4 Official Case. Hopefully, we will soon see other case options coming so that buyers can have an option.

First, make sure that you update your installation before checking out things. The Raspberry Pi team has released the SD Card image, but still some things are still being worked on.

It seems that the Raspberry Pi team decided in favor of backwards compatibility when it comes to software and API available on the Raspberry Pi 4. All known APIs and libraries are there, including:

More importantly, we tested the latest Raspbian SD card image released along with the RPi4 and it worked flawlessly on a RPi3 B+, RPi3, CM3, RPi2 and on a RPi0, so it should work across all RPi models.

Given that Debian 10, codenamed “buster”, will probably go from being the testing version of Debian to getting released as the current stable release, it makes sense that the Raspberry Pi software team decided to go with this version.

The boot process is more or less the same. Of course, the kernel and firmware are different, but the “config.txt” file is there and it has all the options we already know, plus a few new directives for RPi4-specific stuff. Overall, not much has changed.

The base model still has the same price tag as the Raspberry Pi 3 at $35. If we look at the competition and take into account that we are talking about millions of units to be sold, it is fairly obvious that the Raspberry Pi Foundation could lower pricing even more. But, still, $35 is fair. The price gap for the 2GB/4GB versions is also fair, since RAM is one of the most expensive computer components. But the total price is not limited to just the board.
To protect and use the board efficiently, you also need:

So, overall, the cost has increased, at least for now. Perhaps down the road we will get more options for the above components and the final cost might drop, but it is still slightly higher than the total cost of a Raspberry Pi 3 B+ kit.

The Raspberry Pi 4 is an amazing little device. The dual HDMI was a big surprise, contrary to 4K support which was kind of expected, but both are very welcome. The upgraded CPU and memory options make the new Pi a decent SBC priced at a reasonable price.

It might take a while until you can get one, since demand will be high. But wait. How about we celebrate with a giveaway?

We know you’re all chomping at the bit to get your hands on a shiny new Raspberry Pi 4 and take it for a spin. And who are we to disappoint? Just click on the link below to enter the giveaway and win a Raspberry Pi 4 of your very own. Open internationally with free shipping!