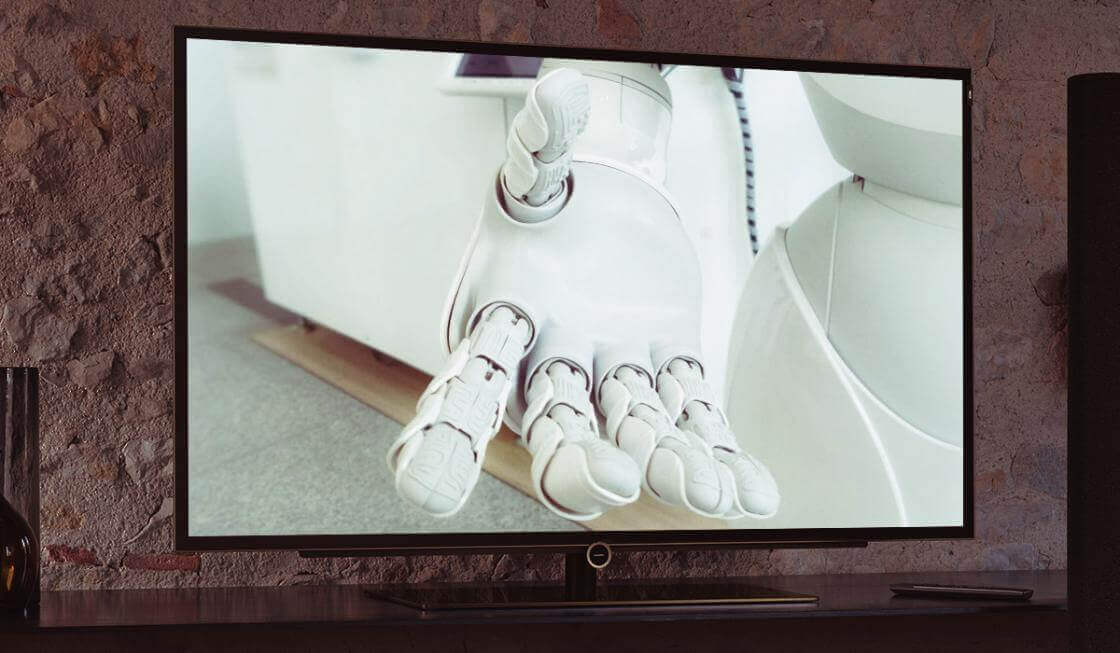 Robots, artificial intelligence, massive automation. That’s what the future will look like according to the experts. You might be getting your underground bunker ready to escape killer robots. Or perhaps you’re pining for a blood-thirsty Sophia of your very own. The future of digital signage will be just as thrilling. Think we’re exaggerating? Let’s take a look.

Can digital signage be the future of germ-busting?

The future of digital signage could very well be a doctor’s best friend. Why? It’s all in the tech. There’s a swanky new faucet by VODXS that doubles as point-of-sink digital signage. Yep, you heard correctly. Washing your hands will soon become an info-rich, entertainment-friendly experience. It’s a cool new way of using wi-fi and Bluetooth along with block-chain artificial intelligence technology. It picks up on when people approach the sink and displays content depending on physical proximity. Also, it decides which ads are under-performing, and evaluates user-content interactions.

And where does the sci-fi spin of the future come in? Because this decentralized blockchain – artificial intelligence hybrid utilizes user presence technology. And that lets it determine whether someone simply strolled by the faucet or actually used it. What’s even cooler? It can tell if the length of time that individual took to wash their hands would make the World Health Organization a happy camper. Or leave the experts screaming for a biohazard unit. And it could make a critical difference, especially in the restaurant and health-care industries. Imagine if there was a way of ensuring servers and chefs as well as doctors and nurses reliably followed crucial health and safety standards? Community safety protocols to control the spread of diseases would be helped dramatically. All thanks to spiffy future digital signage applications.

Digital signage gets all touchy-feely

We’ve all got touchscreens, and we tap away at them on our smartphone, tablet and even at ATMs. But what if you touched an on-screen image of a beautiful tropical beach and it actually felt like you were running your fingers through the sand? I see you all scoffing at the thought. But it’ll be the future of digital signage really soon.

It’s an awesome new field called haptics and it’s all about how digital signage screens will emit electrostatic charges. Charges that mimic a range of textures (soft, rough, smooth, you name it) by stimulating nerve endings in your fingers in very specific ways. Want to know if that soft new sweater you see advertised on screen is actually as snuggly as it looks? Go ahead and touch it. The future of digital signage promises a completely immersive experience that aims to make all your senses happy. And the best part is that this new haptic technology won’t break the bank. It can simply be applied on the surface of existing screens. Honestly, at the break-neck pace digital signage evolves, I bet we’ll get scratch and sniff features in the blink of an eye.

Yes indeed! Forget about calling the cops, the future of digital signage is all about security. Let your digital signage solutions fight off the bad guys before you even realize something sinister is afoot. After all, digital signage is already getting up close and personal with you. Thanks to your smartphone, social media and networking sites, smart systems customize content based on all your private information.

So what’s the next step in the future of digital signage? Our trusty digital signage system using facial recognition, artificial intelligence and other interactive software to recognize there’s an intruder. And send him running. Nothing’s scarier than a digital screen interrupting regularly scheduled content to warn a robber they’ve got five seconds to vacate the premises. And the countdown starts now. Couple this game-changing tech with a digital camera that snaps mug shots before the baddie knows what hit him? It’s cutting edge crime-fighting tech that makes digital signage your new best friend.

The Future of Digital Signage

The future is looking quite bright for digital signage, and here at Yodeck we can’t wait for all our sci-fi dreams to become our new reality.