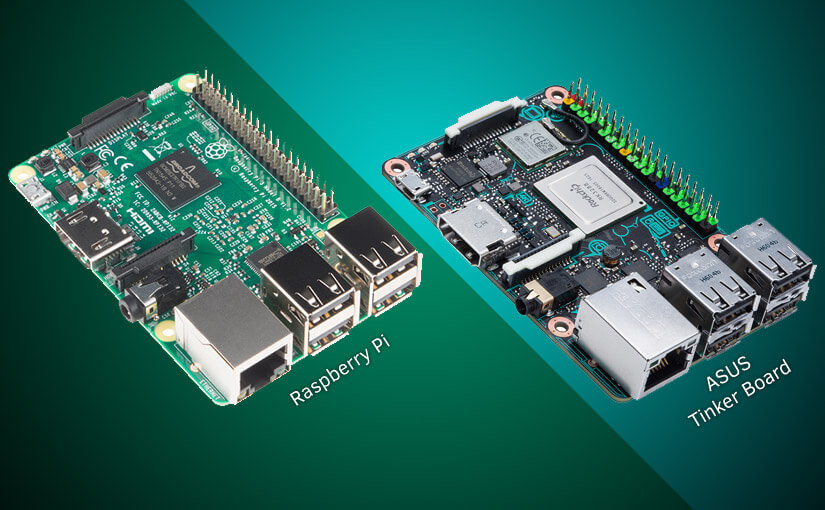 The ASUS Tinker Board is, undoubtedly, a clone of the Raspberry Pi. And we LOVE IT!

If you take a look at the ASUS Tinker Board and the Raspberry Pi 3 side by side, you will notice some striking similarities.

As you can understand, ASUS created a more powerful clone of the Raspberry Pi. They even have the same layout, probably sharing enclosures. There were other clones before the Tinker Board, like:

But the Tinker Board is a game changer

Why? Not because they look alike. But because it is made by ASUS.

All previous clones had great hardware specs. they were all based on SoC that were usually used on Android tablets. And they could run Android pretty well, with Kodi being the killer app. But when it came to Linux, they all flunked. They do not even provide hardware video decoding acceleration or rendering. Let’s not talk about OpenGL drivers.

The Tinker Board is a whole different story in Digital Signage.

ASUS created the Tinker Board to address the same market as the Raspberry Pi. That is why they use “Linux” as their supported OS. Although, currently Asus provides only a Debian OS image.

When it comes to Cloud Based Digital Signage, it has 1 major feature that the Raspberry Pi lacks: 4K support. Now, we already pushed the Raspberry Pi to get it running in 4K resolution (3840×2160 pixels) on Yodeck. But the Raspberry Pi can only decode up to 1080p video. The Tinker Board provides 4K video decoding and native 4K output resolution. As such, combined with 2GB of RAM and increased CPU power, we believe it might be even better suited as a Digital Signage platform for specialized 4K signage applications.

And that is why we plan to support the Tinker Board as a (basic) Yodeck Player as soon as we get our hands on one.
Unless the Raspberry Pi 4 comes out first. 🙂

Yodeck Expands to Run on BrightSign Players, Too